Intersection: Globalization and identity was a project that involved artists from Japan and Northern Ireland. In December 2006 the ‘INTERSECTION’ Belfast-Tokyo Exchange Project started off in Tokyo hosted by Youkobo Art Space. During this time 5 Northern Irish based artists visited Tokyo and held an exhibition at in the gallery space of Youkobo Art Space. After this event, 5 Japanese artists travelled to Belfast from February to March 2007 and actively engaged in exchange through their contemporary art practice. In total 10 Japanese contemporary artists showed their new work in the gallery space and other open spaces at Queen Street Studios.

The proposed project was principally coordinated by Green Dog Arts, Belfast in partnership with Youkobo Art Space, Tokyo . The exhibition and other events organised (panel discussion, visits to art organizations, galleries and museums) provided occasions for artists from both cultures to come together and discuss issues such as globalization and identity. These events provided a wonderful opportunity to increase Japanese appreciation and awareness of Ireland’s cultural life and give them greater understanding that Ireland is a rich and varied source of world class cultural activity. 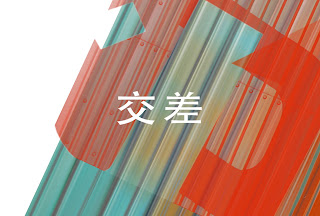